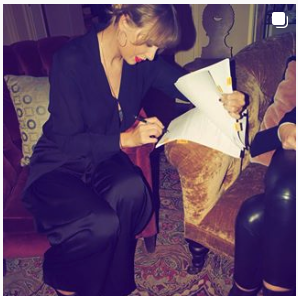 “The Man” video – Does this mean I finally like Taylor Swift?

So as you can tell from the title, I am not a huge TayTay fan. I don’t hate her, but other than a song here and there, I wasn’t really interested in her music. I was, however, always interested in her as a power player. The thing about Taylor Swift is that she’s both successful and powerful, and for all intents and purposes, an excellent business woman – both when it comes to her brand, and when it comes to her art. There are those that shade her for it, or even worse, gaslight her when she speaks out against some of the hurdles she has faced. We can talk about how coming from privilege has helped her, which of course it has. That being said, I still maintain there are lessons in her trajectory for all of us.

So today Taylor just released her video for her latest single, The Man. And for all of us women who have been ignored in the workplace, who’ve had their ideas stolen, who’ve found themselves being paid significantly less than their male counterparts given equivalent background and experience, who’ve been told that they are difficult to work with just because they are focused and opinionated and don’t let others walk all over them, those who are told they should smile more and be more likeable and that it would help them in their work … well, this song is a roar.

I’d be a fearless leader
I’d be an alpha type
When everyone believes ya
What’s that like?

For all of us that get infuriated when we watch and see how in the press women are reported compared to men. Some of the more infuriating examples (at least for me):

I think this video may have turned me into a Taylor Swift fan. Lord help us all. Watch the video here or here.