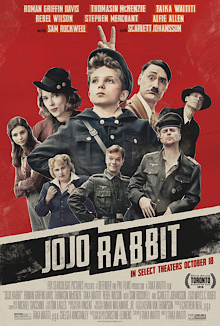 “You’re not a Nazi, Jojo. You’re a ten-year-old kid who likes dressing up in a funny uniform and wants to be part of a club.”

So I finally got my act together and saw Jojo Rabit. While I love what I’ve seen of Taika Waititi’s movies – I really was on the fence about seeing this one. Why? Well, it is about a boy in the Hitler Youth, who’s imaginary friend happens to be … well, Hitler. He finds out that his mother is hiding a young Jewish girl, Elsa, in their house, and as things happen and their relationship grows, he starts to realise that perhaps everything he was taught wasn’t right. Adapted from Christine Leunen’s Caging Skies, the movie is a disturbing, heartwarming, upsetting, moving, excruciatingly sad and oh so very poignant coming of age story, in a time in history where people’s worlds were falling apart. The film is magnificent.

Off the top, it’s important for me to say that it is not a film that mocks the Holocaust, or what happened during the WWII. Not in the least. What the film does is show not only the absurdity of what was happening at the time, but also the humanity of it. Yes, I say humanity, and I insist on that. Humanity is not only about a human’s ability to love and show compassion, but also to hate and to commit atrocities. All of these things make people humans. Nazi were humans who chose to do what they did, for a number of reasons. Some hated the Jews, and liked this idea of exterminating them. Others had their own secrets (like the two gay soldiers in the movie) and chose the path of least resistance. Others, were simply brainwashed, mixed up the hatred with patriotism, and had no idea about anything. To say that they were inhuman, or monsters, takes away from the fact that people can do this, have done this, are still doing this (children in cages, Uighurs in China, missing and murdered Aboriginal women in Canada, etc.), and will do so again. Forever and always, atrocities perpetuated to humans by humans, in all of their terrible absurdity.

I keep using the word absurd, because I think it’s vital to what this film is trying to portray. The cult of personality that existed in Germany at that time, the brainwashing and false information (fake news!) used to get people on side, all of it. Two wonderful examples stick out in my mind, that really get the message across. The first is linked to the day-to-day interactions of everyday people that were living under the regime, in the simple act of saying “Heil Hitler” instead of hello to people when you see them. When the Gestapo were in Jojos house, the scene when everyone saying “Heil Hitler” to each other, instead of good afternoon, or whatever, was both hilarious and disturbing. Imagine having to day “All Hail Trump”, or “Pray for Putin” every time you saw someone, instead of a simple greeting. Absurd right? Another good example is when Jojo was writing a book about Jews, as a gift for Hitler. Elsa filled told him all sorts of lies about the Jews, knowing he would believe all of it, and of course he did, and wrote it all down. In the book Jews slept upside down like bats, Rabbis use foreskins as earplugs… yes, insane, but so to the point. This showed how deep the propaganda went, but how ingrained it was in the young, for all of its illogical stupidity. And yet … is it so different from the “all muslims are terrorists” and “all black men in hoodies are dangerous” beliefs that exist out there today? And not just in the young?

Really, Jojo Rabbit is a story about a young boy who is brainwashed into believing something, and realises it may not be right. He comes to this realisation not through some giant moral epiphany, but through love. The love of his mother, who is in the German resistance, the love he develops for Elsa, who had been taught was a monster. The movie shows us, through pain and satire, that fanaticism and extremism hasn’t changed, and neither have their remedies.

The acting in this movie is also what makes this movie shine. Scarlett Johansson as Jojo’s German Resistance fighting Mother, Thomasin McKenzie as fierce and frightened Jewish Girl hidden in the house, Sam Rockwell as the gay Nazi commander, and of course Roman Griffin Davis as Jojo and Archie Yates as his best friend Yorkie all jump out of the screen and remain fixed firmly in your mind. It is their performances, along with the great writing, that make this difficult subject matter so wonderful to watch.

In the end, it’s an important movie for all to see, but especially those with sons. Here’s an excellent quote from The Schmooze to close off: “Unless your social studies teacher did you really dirty, ‘JoJo Rabbit’ won’t offer you anything too new, or nuanced. But bring your kids to “JoJo.” Bring your sons. The subject matter — a social movement imbues white boys with a sense of superiority and hands them weapons and a plan — is, sadly, child-friendly. The “Shitler” puns are just a bonus.”

“- Elsa Korr: I don’t know anything about being a woman. Is that what it is? You do things like drink wine?

– Rosie: Sure. You drink. Champagne if you’re happy. Champagne, if you’re sad. You drive a car. Gamble if you want. Own diamonds. Learn how to fire a gun. You travel to Morocco. Take up lovers. Make them suffer. You look a tiger in the eye. And trust without fear. That’s what it is to be a woman.” 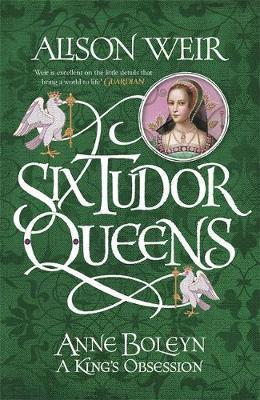 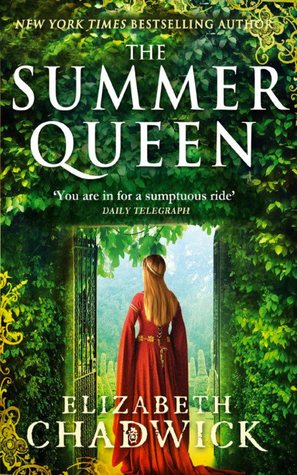